>If you are in Lisbon, goto GoCar!

So just a few short weeks ago, the wife and I were in Europe. Yes, we know, rough life. But hey! What’s the point of living if you don’t live, right? So, one of many stops landed us in Lisbon, Portugal. Some of the friendliest people we have ever met that don’t speak English.

So go back to our first anniversary. Jackie (wife) and I took a quick flight up to San Francisco where we were first introduced to GoCars. Basically, you ride around looking like a tourist in a fun little neon yellow go-cart. There is a satellite guided tour that tells you what you are looking at as you drive by certain places. The nice thing is it also tells you where to turn next. The GoCar looks something like this: 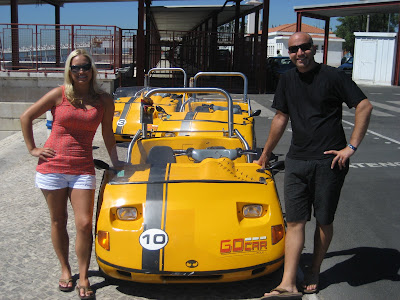 Jump forward to a couple weeks ago. Turns out there is a GoCar in Lisbon! So, naturally, what better way to see a city when you only have a few hours than to jump in one of these fun little go-carts!

One fun thing about Europe is they don’t use Lysol. So. . . . . .when you put on their helmets, what do they do to sanitize them???? Make you wear fun blue little hair nets. They look like this: 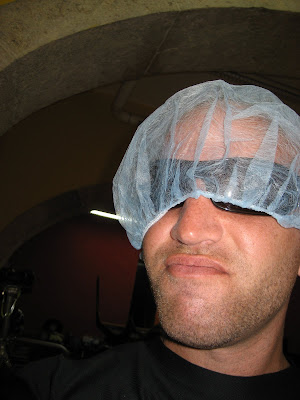 Underneath the world’s coolest helmets, they look like this: 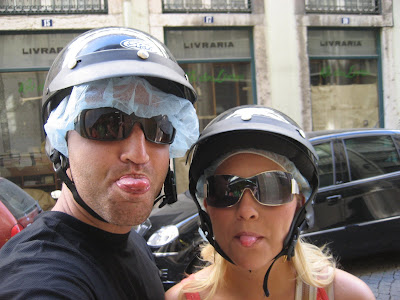 When driving the go-cart, they look like this (note the bridge in the background, NOT the Golden Gate Bridge! more on that in a minute): 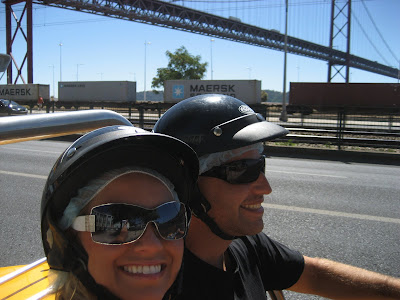 here are some of the sights to be seen in Lisbon: 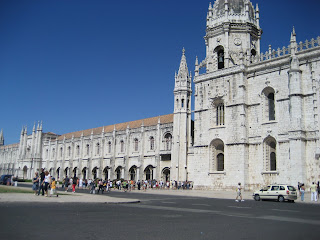 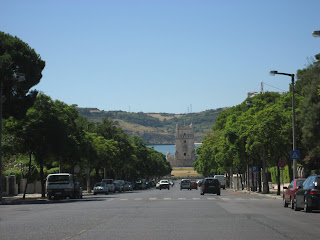 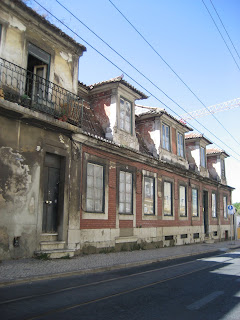 So then, we stumbled upon a peculiar bridge. Turns out the same company that built the San Fran-Oakland Bay Bridge (not the Golden Gate), constructed this bridge in Lisbon in 1966, some thirty years after the Golden Gate. It is considered the sister bridge to the American version and literally looks IDENTICAL. It is called the 25 de Abril Bridge to commemorate the date of the Carnation Revolution of 1974 in Portugal. Check it out! 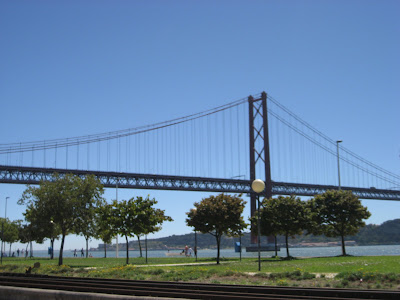 Unfortunately, our time spent in Lisbon was short lived, but we certainly were able to make the most of it thanks to GoCar! Made some great friends with Patrick and Leonel (the GoCar guys!) and thank them very much for their hospitality in Lisbon!

Two great people. Perhaps keeping it simple is best. Burt + Lily are truly generous in all that they do, so when 400 or their closest friends and family showed up to see them exchange vows, it is no surprise to us that there was a huge outpouring of love and support.

Filmed and edited on location in Huntington Beach, this edit incorporates some of the storyline of the day. The girls discussed placing for the ceremony over pizza and the guys pointed out the engravings in the wedding rings.

You’ll notice a very cool part of the Persian ceremony in which women grind sugar over the heads of Burt + Lily. In Persian tradition, this is to symbolize how their lives will be filled with sweetness and happiness.

A very large shout out and congratulations to Burt + Lily!

Living like Lincoln. The first thing that comes to mind when we think of Tracie + John. There was a toast that was made by Tracie’s father at the reception and he quotes a couple very choice words from our 16th president. Tracie + John live out those words every day of their lives. We would be lying if we didn’t point out that we were very much looking forward to cutting this trailer. After an evening with these two, their family and friends, and more energy than could have been imagined, this wedding was busting at the seems with story and just waiting on the edit line for this post.

He likes the Red Sox. She likes Animals. He has no fear rocking manties (you’ll see). She eats cereal with a fork. He needs but a simple excuse to celebrate. She used to be a competitive figure skater. This list goes on and on and the sentences only become better and better. Instead of writing and writing, we’ll let you simply watch. . . . . . and watch.

A very special thank you to Lisa Moon of Lisa Moon Events for making the day so much easier. Also, thank you to Tasos Tsirtsis from LSM Entertainment for all of his help at the reception. If you need a event planner extraordinaire or a great DJ, look no further than these two!

>1 Year Later, Still Reliving the Day through the Film

The other day, we received an awesome email from one of our 2009 couples, Patty + Frank. If you didn’t have a chance to see their trailer, you can see it HERE. In any case, as they celebrated their one year anniversary, they decided to watch their film again and we received this email, which Patty gave me permission to share on the blog.

Frank Chu and I got married nearly a year ago and you did the videography for our wedding. We decided to watch it since our one year anniversary is coming up. I cried like a baby! You did such a wonderful job. I had somehow forgotten what a magical day it was for us and even when you mailed us the finished product (which we watched the day it arrived!) it hadn’t completely hit me how incredible your footage and edits were. One year later, as Frank and I watched it, I started to feel all the emotions from that day and cried the happy tears that I didn’t cry on the actual wedding day because everything was happening so fast. It was well worth the money spent and more. We are so happy that you captured our wedding day. Thanks a million!

It just goes to show how important a good film is once the day has passed. . . – Steve

The best things in life are worth waiting for. A proverb that has been recited and recycled all too often, yet it rings so true. Tom + Theresa had several elements of their day that reflected this notion, and we decided to center this trailer around that concept.

Theresa’s mother gave her a sign that at first glance, looked pretty straight forward, but after listening to her explanation, revealed that it was more about the phrase than the sign itself. Theresa had found happily ever after.

As Tom got ready for the ceremony, his father helped him with the final adjustments and we couldn’t help but wonder how long Dad had waited for this very moment.

And finally, as you’ll see for yourself, a bottle of scotch, rested quietly in a cupboard, aged 58 years . . . . . just waiting because well, the best things in life are worth waiting for. Enjoy 🙂

Special Thank you to Stephanie from Exquisite Events Specialists for all of her help in preparing for Tom + Theresa’s day and keeping everything moving along according to plan.